Build Your Own Medieval Low-Poly City

Watch our timelapse video of the entire process

Watch the entire video to see how we created this impressive low-poly artwork. We hope you guys will enjoy it. If you want us to create more tutorials and videos about Yellow Images products and how to work with them - just contact us and share your feedback.

After we published our debut PNG Images 360˚ tutorial ​Build your own low-poly city​, where we built a cute lego-like city, we decided to go on with our cityscape series and created a Medieval version of low-poly city.

Previously, we have figured out that Yellow Images 360˚ low-poly collection offers a vast supply of various objects and characters, and that Adobe Photoshop Add-on is extremely convenient as an engaged search and editing tool. This time, having everything handy, we focused on bringing more life into low-poly, i.e. making the image more vivid, voluminous and dimensional. We upgraded low-poly with two vital elements: nature and people.

Building the landscape is always the most important stage as it sets the layout for the whole picture. Have a look how we placed the mountains and the fortress walls, it will determine the lighting and the positions of shadows.

The enclosed space is always more obscure compared to its environment, that’s why we darkened every building behind those walls with gradient shadows. It’s important to point out, that shadows only touch their basements, the roofs still catch the light.

TIP: You no longer need to draw low-poly patterns from scratch, Yellow Images 360˚ will do all the work for you. Have a look at the foreground, we created this low-poly grass in a few clicks. Just define the basic shapes of the landscape and fill them with desired colors. Then pick up a simple 360˚ low-poly object via the Add-on and place it onto your picture, we went for the same rock we used for mountains. Enlarge the selected object till it covers the whole area, adjust the pattern and select the most suitable blending mode. Play around with the opacity, levels, and here you have it, a perfect low-poly pattern.

Medieval cities were not always limited by castles, things were humming beyond the stone walls as well. Gapers rushed to gaze the tournaments, peasants came to sell their craft. Our picture wouldn’t be complete without these details, so we added a rocky road, some tournament tents, a market and a chapel. The light accent we put on the fourtress enhances its height.

The magical forest is another essential part of every medieval fairy-tale, we couldn’t go without it. We used Spin & Rotate function of Add-on at every object to avoid matching angles.

The environment is completed, let’s welcome our characters. Brave knights are training before the competition, the guard is watching the city gate and a sly merchant is already there, starting a conversation with a passer by.

TIP: Let’s say you found a perfect character, but the pose is not quite right. No worries, we have a solution for you. Our PNG Images 360˚ collection includes animated low-poly characters as well. Now it’s possible not only to select their best angles but also to work on their poses. 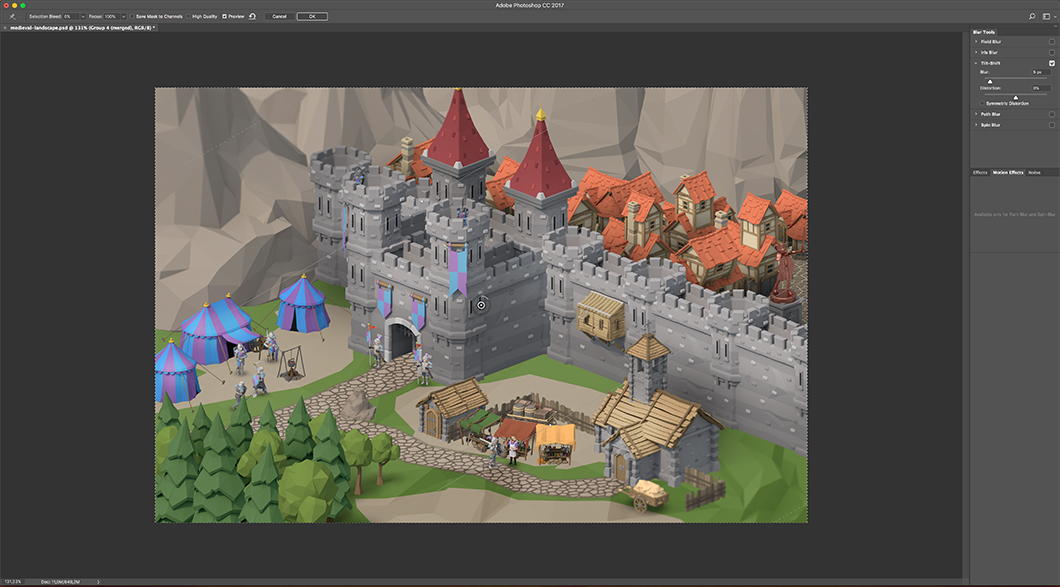 White clouds add more contrast to the picture, their bold shadows accentuate the multi leveled structure of the composition. 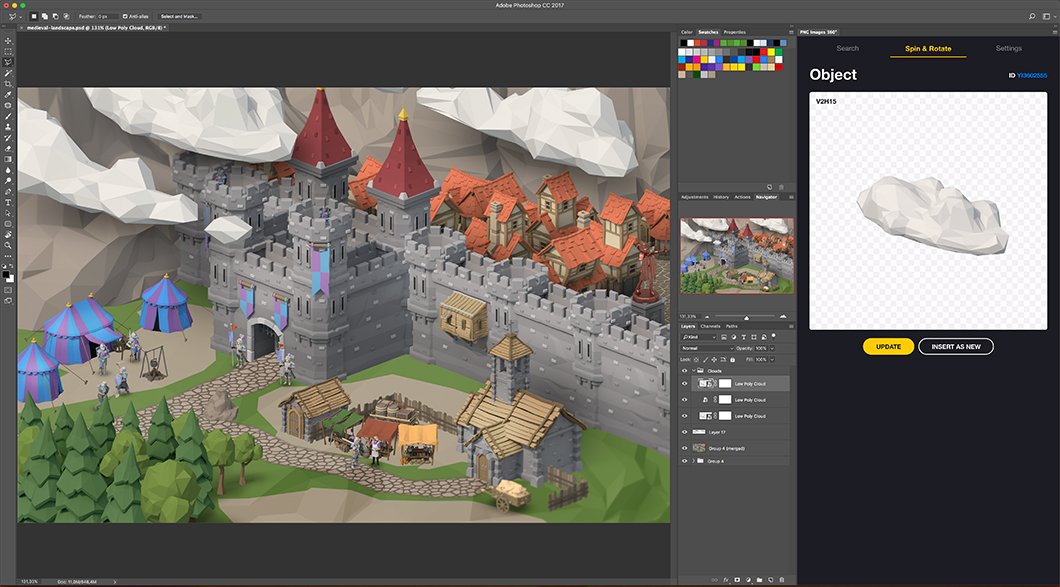 In the end we decided to add one more colorful accent, a lake with light blue water and sun glitter, to balance the bright blue of the tents and mark that it’s a sunny day. You can even notice a fish flock in the lake. 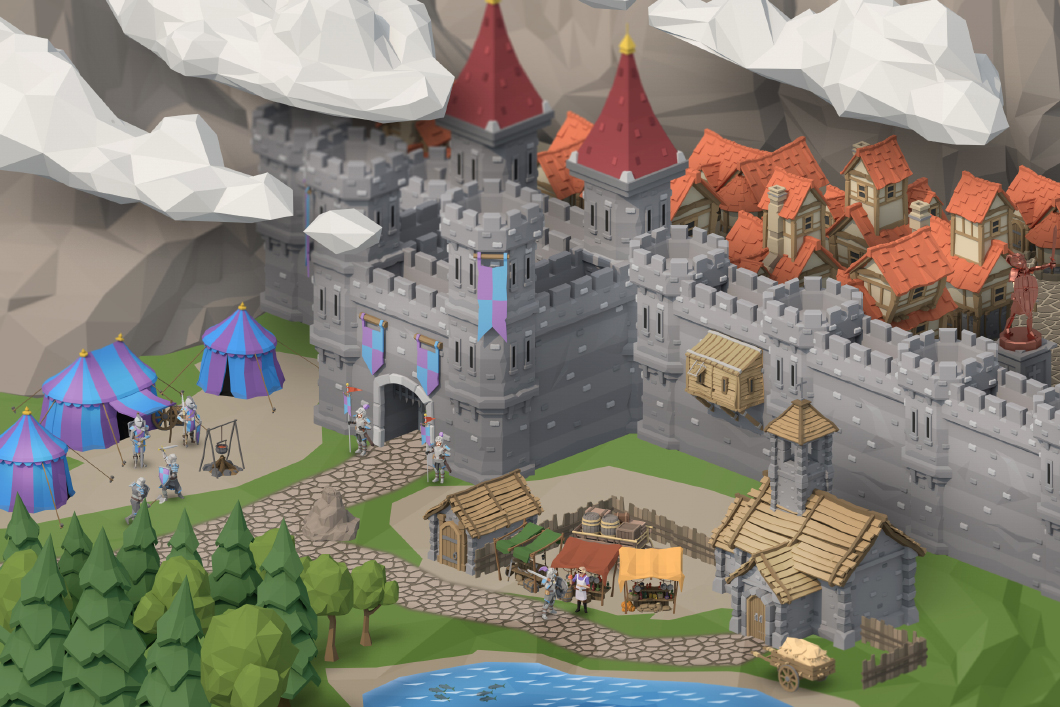 The final picture turned out to be bright and full of life, just like we planned. Watch the full timelapse video and see the overall process of how we recreated this medieval low-poly city on a sunny day using Adobe Photoshop with Images 360˚ extension.

Thanks for staying with us and see you at Yellow Images!

Get 90% off  Browse Collection
Tasty but pricy? Here’s a special offer for you
90% Off
Unlimited discount on all mockups
Learn More