Introducing the newest else is so beautiful and comes with two very elegant fonts that are designed to compliment each other perfectly.

Willshering script are a hand calligraphy, smooth, modern and clasik, calligraphy wavy, which was created to meet the needs of your next design project.

Willharing script : A script that is so beautiful with gorgeous grounds, and furnished with fine lines are perfect for use ntuk many purposes. such as title, signature, logo, correspondence, wedding invitations, letterhead, signage, labels, newsletters, posters, badges, Branding, Greeting Cards, etc. It comes with a handy set of OpenType Contextual Alternates, Stylistic Alternates, stylistic sets, ligatures and swashes and all to add an authentic touch to your design. Willshering features 558 glyphs and This is all the code with Unicode PUA – allows people who do not have the software to access specific glyph alternately too :) – Mac users can use Font Book, and Windows users can use the Character Map to view and copy one additional character to paste into your a text editor / favorite applications.

How To Access Alternate Characters, by using Microsoft Word

How To Access Alternate Characters, by using Adobe Illustrator (AI) 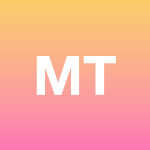