Introducing cute and playful script, with natural and dynamically handmade touch. This font use two alternate each lowercase letter to avoid same letter in a pair, and sure there is hundreds swashy character to make your text look nice for wedding invitation card.

For fastest and most easy to access alternate character, please make sure you use Opentype supported software such as Adobe Illustrator, InDesign, Photoshop, Corel Draw X6-X7 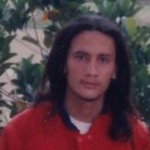